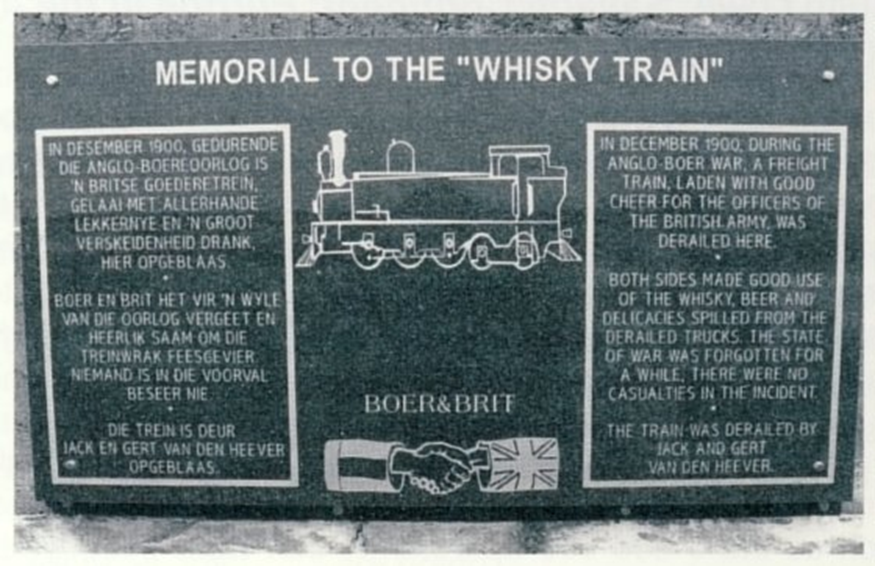 The Whisky* Train  by Robin Smith

Note: * ‘Whisky’, not ‘whiskey’, which is Irish and, according to the Scots, for less discriminating drinkers

Everyone and everything can be famous for fifteen minutes. Val was famous in April 1902 when General Louis Botha arrived at the station and boarded a train to Johannesburg under a safe-conduct granted by the British Army. He was on his way to attend the negotiations about ending the Anglo-Boer War and a famous photograph shows him speaking with British officers on the platform. The station is no longer and trains only stop there when a signal is against them.

The railway line from Volksrust to Elandsfontein (Germiston these days) was built by the Natal Government Railway and joined up with the Zuid-Afrikaansche Spoorweg Maatschappij’s system in 1896. This connection opened up trade between the ZAR (Transvaal Republic) and the Colony of Natal. It was very useful when war was declared in October 1899. Riding a train to the war was a lot quicker than a horse.

After the capture of Johannesburg, Pretoria and Lydenburg by Lord Roberts’s army, the line became one of the lifelines for supplies of food and munitions for the British army. The stretch of line between Standerton and Heidelberg was particularly vulnerable to attack. The Heidelbergers under Commandant Fanie Buys were especially adept at blowing up trains, culverts and even bridges.

The British eventually protected their railways with block houses sited at intervals of one thousand yards (914m), but in 1900 these little forts had yet to be built. More than thirty trains were blown up and derailed on this stretch of line before these defensive measures could be put in place.

In December 1900 Commandant Buys selected a likely place where a successful attack could be made on a passing train. The elevated line passed over a small stone culvert a short distance up the line from Val station. Undulations in the ground provided hiding places for the two men who must lay and detonate the mine. Two brothers were given that task and they spent several hours one night burying a bag of black powder between the lines. They used a magneto generator to explode the charge but, as they only had two hundred yards (183m) of wire, they had to hide themselves nearer than this to the train – and the explosion!

The brothers were Jack and Gert van den Heever and Jack later wrote an entertaining account of their night’s work in a little book published in the 1940s, Op Kommando onder Kommandant Buys. The quality of the writing is such that their relative, C M van den Heever, must surely have lent a hand. The mine exploded under the goods train and several trucks turned over and rolled down the embankment. Buys’s Heidelbergers galloped up to find the cargo of good cheer for the Christmas and New Year celebrations in Johannesburg and Pretoria spread liberally along the railway line. The party that ensued involved the captured ‘Tommies’ as well as Buys’s men. Jack and Gert seem to have been the instigators. Indeed Jack, rather inebriated after perhaps an excess of sampling the many wares, extracted permission from one of the older commando members to marry one of his daughters which he duly did once the war was over.

On 3 November 2012 this incident was commemorated. Val was famous again, but for more than fifteen minutes. A granite plaque was unveiled, attached to the culvert on the embankment of the old NGR line where this incident certainly took place. Rita Britz, a leading citizen of Val, who has driven this project from the beginning, had assembled nearly a hundred guests and some descendants of Jack and Gert van den Heever. Union Jack and Vierkleur were in evidence but Boer and Brit partied just like in December 1900*****

The Waterval Camp was Private Tucker’s favourite camp, as described in his “Boer War Diary”. Although no big battlefields are to be found in this area, the stage was set for many anecdotes and daily skirmishes between the Boers and the British.

On 29 December 1900, the famous “Whiskey Train” incident occurred. The story according to Private Tucker:

“some time during the morning the Boers had held up a train up about six miles away. The train was partly loaded with canteen goods, also forage and a quantity of bottled beer, spirits and champagne. The Boers took all the liquorsaway on five ox wagons loaded with goods.”

The site of the Whisky Train is situated about 4km’s from Val Afrikaner families joining forces with the English created more bitterness. It is said that these traitors sat on the front of the horse and cart to point out the various farms that the English would burn down.

Incidents such as these caused many Afrikaners of the area to join Jan Smuts in his “Forgive and Forget” policy of a united South Africa, which would ensure harmony for all nationalities. For, they said, “If our own people could betray us during the war, surely we can forgive the English.” 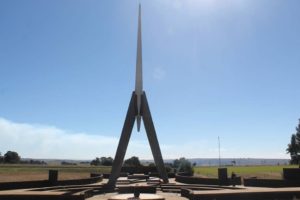 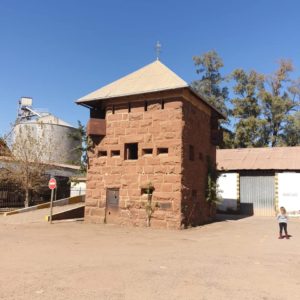 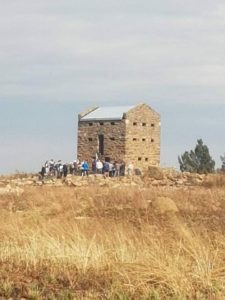